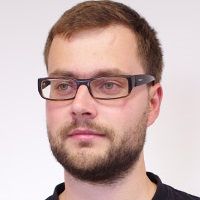 Is it difficult to create a web application with real-time data?

"D2000 SmartWeb connects the world of real-time applications built on the Ipesoft D2000 application server to the world of web technologies." This is a brief feature of our latest module that has been added to the D2000 portfolio in early 2017 and which I recently had the opportunity to try out myself. I needed to create a nice presentation layer for a small demo application, illustrating the real capabilities of integrating the D2000 application server with the Low Power WAN IoT ecosystem based on LoRaWAN. For me, as a contributor to the previous generation of product, the D2000 SmartWeb was a challenge I was looking forward to, and in the following few lines I would like to summarize my experiences, feelings and impressions.

Real capabilities of integrating the D2000 application server with the Low Power WAN IoT ecosystem based on LoRaWAN.

D2000 SmartWeb is our third-generation product to transfer the real-time data from D2000 to the web. From its predecessors, it differs in the technology used and also in the demand on technological knowledge of the application programmer. The older D2000 TCL technology displays graphical schemas in the web browser that were created for the HI thick client in the GR editor and therefore does not require any knowledge of web technologies. And although the resulting page has a fixed, mostly irresponsive layout of visual elements, it is still popular among our partners. In contrast, the D2000 WebSuite is exactly the opposite. In spite of the use of modern features, it is already obsolete and surpassed him the latest D2000 SmartWeb. WebSuite was built on Java EE technology and enabled to create nice, modern pages, but only an expert for a wide range of back-end and front-end technologies with a high level of experience was able to use it and the very creation of the application was very complicated.

D2000 SmartWeb has a back-end also created in Java EE, but we supply it as a black-box, or an integral part of the D2000 application server core. The task of an application programmer is to create just front-end, using basic web technologies such as HTML, CSS, and JavaScript. You can see for yourself that these are technologies that are nowadays widespread among programmers, and therefore no longer require extreme demands for application developers. Needless to say that the D2000 SmartWeb also includes a library of easy-to-use components that naturally make accessible the real-time object values, archive data and database connectors, and other data and properties of the D2000 application server. The components can be further upgraded, expanded and customized by application programmers or they can also create and add own components to the applications.

In the demo application I used the elements to monitor temperature and humidity at Ipesoft head office. The sensors communicate by LoRaWAN technology, mostly through our own LoRaWAN network, even though we have also tried the services and infrastructure of other "standard" providers. All real-time measured data is processed and archived by the application based on D2000 platform, which includes 2 lines, 5 stations, 21 measured points and 21 archived values. As you can see, this is really a small demo application. Front-end consists of a web application consisting of seven pages, one for each sensor and a gateway plus a home "overview" page. The pages display the current measured values of individual measured quantities, graphs with their historical progress, information texts and illustrative images.

To create this application, I have worked with my colleague Marek Gregor, who has created a web application framework as I am still just a beginner in web technologies. I then added the content to the site and fine-tuned the look. As a matter of curiosity, I will highlight the complexity of the individual activities that we have had to do gradually:

All that took us 2 days.

As a matter of interest, let's say that the extension of the application by one meter using standard D2000 SmartWeb properties is estimated at about 1-2 hours. When adding another device, it would be needed to do the following:

The application is now functional, you can check it on the already mentioned address https://demo.ipesoft.com/iot and see for yourself whether the 3 days of work is little or not to be done on such application. But I know one thing for sure. If we used the D2000 WebSuite instead of the D2000 SmartWeb, it would take around 3 weeks and I think a skilled programmer would manage to it with the D2000 TCL in 1.5 days but without a responsive design.

Finally, I must nothing else but praise that I have myself managed to do the corrections to an existing application, even though I have not worked with web technologies until now. By that I would like to point out that the use of SmartWeb is relatively simple and the basics can be managed effectively in a short time.